Conference Series Ltd invites all the participants across the globe to attend 6th International Conference on Hepatology Osaka, Japan.

Keynote: Surgery of the Liver and Intra-operative Interventions. What is possible Today?

Dr Hani Oweira is a specialist in surgery and bowel surgery and works as a visiting surgeon at the Andreas Hospital, Cham, Zug and as an associated partner at the Surgical Centre, Zurich. He completed his medical training and specialist qualification at the renowned University hospitals in Heidelberg and at the Berlin Charité. Prior to his current position, Dr Oweira held a position as a consultant at the Hirslanden Surgical Centre clinics of the Hirslanden Hospitals.

Liver resections are performed to manage benign and malignant focal lesions in the liver and the post-operative outcome was improved over time due to improvement of surgical techniques which get benefit from understanding the liver anatomy and segmentation with improvement of hemostasis techniques. Anatomy wise liver is divided to 2 lobes (right and left) ant into 8 segments classified by Couinaud based on vascular inflow and outflow. There are many techniques for liver parenchymal transection started with clamp-crush technique and developed to ultrasonic vibration (harmonic shear), cavitron ultrasonic surgical aspirator (CUSA), hydro jet, radiofrequency dissector and recently staplers. There are numerous types of resection could be divided to major (>2 segments) and minor (<2 segments) and could be divided into anatomical (right and left hepatectomy, right anterior and posterior sectionectomy and left lateral sectionectomy), non-anatomical resection and individual segmentectomy. There are many other interventional procedures can be done during surgery for hepatic focal lesions rather than surgery as radiofrequency ablation (RFA), cryoablation or irreversible electroporation (IRE) which usually kept as combined intervention with surgery in deep parenchymal lesions which is difficult to be removed without injuring or scarifying a major hepatic structure. Also one of the elegant techniques in management of hepatic focal lesions especially malignant one is adjuvant or pre-operative angio-embolization or chemo/radio embolization which deprives the lesion from its blood supply and supplying it with chemo or radiotherapy which may decrease the size of lesion and make it easier and accessible to be removed. In addition to that, systemic chemotherapy could have benefit in malignant lesions as it may decrease the size of the lesions and minimize the liver parenchyma needed to be resected to remove the whole lesion and sometimes it changes non resectable liver lesions to resectable one. 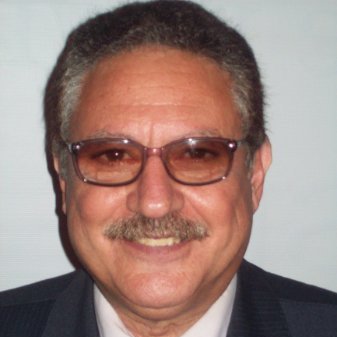 The most recent European Association for the Study of the Liver (EASL) 2016 Guidelines on treatment of hepatitis C (HCV), allowed for shortening the course of treatment for some subsets of patients with sofosbuvir/ledipasvir based on cutoff baseline HCV RNA values. We assumed that it would be prudent to consider an objectively assuring very rapid, on-treatment, virologic response to therapy at week 2 (vRVR) before taking the decision of shortening the treatment duration. So we planned this study to test whether a dual sofosbuvir/daclatasvir (SOF/DCV) treatment duration tailored according to achieving vRVR to 8 or 12 weeks is non-inferior to the recommended fixed 12 weeks course in non-cirrhotic Egyptian chronic HCV genotype-4 patients.

The study was conducted in an outpatient setting according to a prospective, randomized, open-label, comparative, non-inferiority study design. A hundred twenty eligible, non-cirrhotic, chronic HCV patients were randomly assigned (1:1) to receive daily doses in the form of one Gratisovir 400 mg table (generic sofosbuvir produced by Pharco Pharmaceuticals, Alexandria, Egypt) plus one Daktavira 60 mg tablet (generic daclatasvir produced by Dawood Pharm, Egypt) for either a fixed 12 weeks duration (reference group) or a response tailored duration (test group). In the test group the treatment duration was tailored according to the virus load tested by real time PCR into 8 weeks for patients who had undetectable HCV RNA level in their serum by the end of the second week of treatment (vRVR)), or 12 weeks for those who did not show vRVR. The primary outcome of the trial was the proportions of patients achieving SVR12 (HCV RNA below lower level of quantification at week 12 after end of treatment). The comparison between groups was based on testing the null hypothesis of inferiority of the response-tailored group with a pre-specified margin of non-inferiority (NI-m) of 0.1 (10%).

Shortening the duration of therapy based on observed vRVR could provide a prudent basis to avoid unnecessary long treatment courses. This could not only reduce the drug exposure and the risk of adverse drug reactions, but also cut the cost of full treatment course with such expensive medications by one third. This could economize the treatment budget at the individual out-of-pocket level as well as the public health services and insurance levels and allow for better utilization of public health resources.